JURY CHOSEN IN ONE DAY. 20 jurors have been selected in WI v. Kyle Rittenhouse. 9 men and 11 women. (8 are alternates)

Rittenhouse shot and killed Joseph Rosenbaum, 26, and Anthony Huber, 26, and injured Gaige Grosskreutz, 27. Prosecutors say that Rittenhouse, then 17 and from Illinois, was a vigilante looking for a fight. He, like other right-wingers, went to Kenosha, Wisconsin ostensibly to protect property. This happened as protests over police shooting local man Jacob Blake turned violent. Rittenhouse’s attorneys assert he was acting in self-defense. This case became a cause célèbre among conservatives.

Prosecutors have struggled in court, failing to introduce evidence of prior aggressive behavior. This included evidence showing him attacking a woman who was in an altercation with his sister. The other is that he was closely linked to the violent, far-right Proud Boys organization.

Kenosha County Judge Bruce Schroeder said an appellate court would reverse him if he allowed these in trial. The evidence was too prejudicial, he said. He left it up in the air whether he would allow footage showing someone identified as Rittenhouse discussing a Black man exiting a CVS pharmacy. Rittenhouse believed the man was shoplifting.
#KyleRittenhouse #KenoshaShooting

OTHER WAYS TO WATCH LAW&CRIME NETWORK IN YOUR AREA:
https://lawandcrime.com/where-to-watch/ 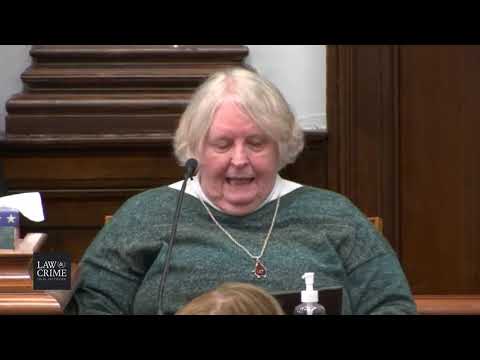