What is Ebola Virus Disease? Symptoms, Treatment, and Prevention

Ebola virus is a severe viral disease that causes bleeding and organ damage in a human being. The virus can be transmitted through animals and humans through blood contact.

Eating meat that is not fresh and washed cleanly can give birth to diseases like Ebola. Using Uncleansed needles, sharing water bottles, and kissing are common causes of it. The virus was basically acquired through the exposure of bats to humans and then started transmitting from person to person.

Ebola virus is one of the most serious and deadliest virus outbreaks. The virus has stayed for decades and the largest severe outbreak of the Ebola virus was in the 2014 march in Africa. The last outbreak was in the year 2018.

However, it would not be fair to say that the Ebola virus no more exists because it has just reduced, not vanished.

Unfortunately, there is no prescribed drug to be given for the virus treatment and the infection has threatened the life of more than 90% of people. However, scientists are working hard for discovering proper medications for the Ebola virus.

The Ebola virus has basically spread through African bats. The virus is a subpart of filovirus infection.

The virus has been approved in animals which include African monkeys, chimps, Philippines pigs, and nonhuman primates. The virus can be spread by blood, body fluids, shared items like clothes, beds, needles, foods, etc.

─ When to seek medical attention

Ebola virus is a highly deadly disease, symptoms detection needs not to be delayed for later treatment and steps need to be taken soon. Basically, if you find any sort of bleeding through the eyes, ears, nose, or rectum, you should understand the signal and visit your doctor for diagnosis and further treatment.

─ Few serious complications associated with the Ebola virus can be –

▶ Prevention steps to be taken against the Ebola virus

■ The first step include taking a vaccine for the Ebola virus

─ Diagnosis for the Ebola virus is quite challenging for the experts as it includes symptoms of many other diseases like typhoid. Moreover, some of the diagnosis steps they go for include –

─ There is no perfect cure for the Ebola virus. There are few approved medications by the food and drug administration. Moreover, simple habit changes can help. The suggested one includes the following –

■ Balanced oxygen level of the body

■ Maintaining electrolyte levels of the body

■ Balance the blood pressure in the body

■ Staying hydrated by consuming lots of fluids (intravenous and oral)

■ Reacquiring lost blood from the body

There are currently two vaccines approved and licensed by the US food and drug administration and the world health organization.

■ ERVEBO ( Ebola Zaire vaccine ) approves by the US food and drug administration. The vaccine is available in a single dose for ages of 18 years and above.

■ The second vaccine has been used in the democratic republic of Congo. They are currently available in two doses with a gap of 56 days.

What is Ebola Virus Disease? Symptoms, Treatment, and Prevention 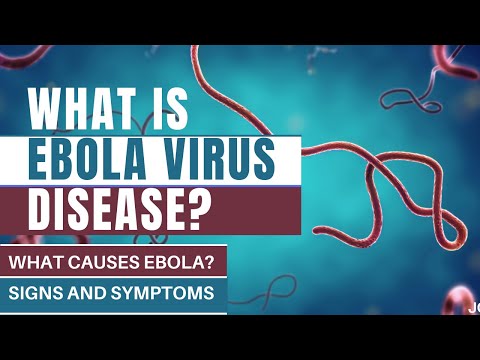