admin
The social media matrix is at it again, deplatforming the voices that do not subscribe to its approved narrative. Over the last two weeks, the “influencers” on social media have set their sights on Kanye West. His “White Lives Matter” T-shirt and comments regarding George Floyd and the influence of Jewish investors in the record industry have made West public enemy #1. But Jason says it's all an illusion, a choreographed effort using social media actors cast by Twitter and Instagram. “For refusing to follow the script, the social media matrix is using its actors to justify the deplatforming and cancellation of Kanye West. We’ve seen it before. It happened to Louis Farrakhan, Alex Jones, and Donald Trump. The social media matrix programmed us to view Farrakhan, Jones, and Trump as existential threats. The same thing is being done to Kanye, a mercurial rapper.” Conservative rap artist Bryson Gray and “Fearless" soldier Delano Squires share their thoughts on the cancellation of Kanye and free thought. Last week, Jason offered some constructive criticism on Candace Owens' documentary “The Greatest Lie Ever Sold.” The Daily Wire host got the message and used her podcast to clap back. Bryson and the first lady of "Fearless” Shemeka Michelle offer their perspectives on Candace’s rebuttal. Plus, Steve Kim drops by to discuss ESPN’s Stephen A. Smith finding a way to insert race into Tom Brady’s sideline temper tantrum, Bubba Wallace’s boilerplate apology for wrecking Kyle Larson, and shares his approval rating of Russell Wilson as one of the Denver Broncos.


We want to hear from the Fearless Army!! Join the conversation in the show chat, leave a comment or email Jason at [email protected]

Get a huge OctoberFeast with over four pounds of meat for FREE! Two pounds of wagyu ground beef and two and a half pounds of their better than organic chicken for FREE with any purchase of one of their bundle boxes. Go to https://GoodRanchers.com/FEARLESS to claim your special Octoberfeast offer today.

Get 10% off Blaze swag by using code Fearless10 at https://shop.blazemedia.com/fearless Make yourself an official member of the “Fearless Army!”

Support Conservative Voices! Subscribe to BlazeTV at https://get.blazetv.com/FEARLESS and get $10 off your yearly subscription. 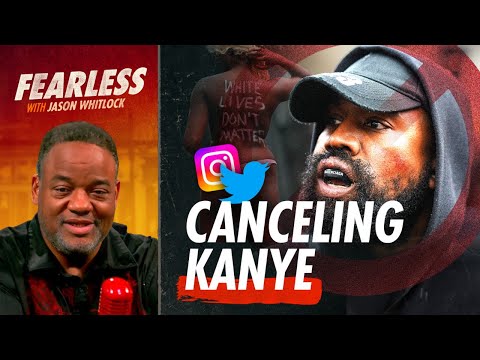 The social media matrix is at it again, deplatforming the voices that do not subscribe to its approved narrative. Over the last two weeks, the “influe...