The Four Types of Long-Term Memory

admin
We've all lost keys, forgotten contact details, or missed someone's name. When you're young, you don't give these lapses much thought, but you could be concerned about what they indicate as you become older.

The numbers say that age-related memory impairment affects roughly 40% of older adults aged 65 and above, or approximately 16 million people in the United States. Furthermore, it is estimated that just 1% of these people will get dementia each year.

Are you worried about your memory? Worry no more, for we brought to you another worthwhile episode of This Is Getting Old: Moving Towards An Age-Friendly World—The Four Types of Long-Term Memory.

Stay tuned and learn the different types of long-term memory, what to expect from memory as we age and how age-related diseases such as Alzheimer's affect memory.

Key points covered in this episode:

✔️ Get A Deeper Understanding Of What Is Memory

✔️ Why Do We Remember What We Do?

Our memories create our identities. The current thinking is that we remember experiences that will be important in the future – both positive and negative experiences – and help us with future decision-making.

Explicit Long-Term Memories are either Episodic or Semantic. Episodic memories are events that happen to you and essentially make you who you are, compared to Semantic memories, which are general knowledge and information about the world, like a random fact for filling out a crossword puzzle.

Both Episodic and Semantic memories are affected by neurodegenerative diseases like Alzheimer's. More notably, Episodic Memories tend to be more upsetting and distressing to the person, family, and friends who share these memories with a person living with Alzheimer's disease.

✔️Get To Know The Four Different Types Of Episodic Memories

Episodic Memories are memories formed around a particular episode or event in your life and take time to develop and recall. They are formed consciously and deliberately. With this type of memory, you can vividly remember details - like our brains have recorded like a movie.

These are recollections of events that happen to you in your life that make you who you are. For example, a childhood birthday party, a holiday spent with family, or a trip that you went on. You don't remember the whole day, but you remember moments.

Another type of autobiographical memory, flashbulb memories, is of traumatic public events. For example, depending on how old you are, you may remember where you were and what you were doing when President Kennedy was shot or when Pearl Harbor was bombed. You likely have vivid memories of one of these days that you have been able to hold on to – from the most important to the most mundane details – in a photographic record.

It is a narrative shared by an entire generation or group – these could be around flashbulb memories or any other type of episodic memory. We will all have collective memories of living through the pandemic. Some of those memories will be common flashbulb memories – for example, when COVID shut down the entire world.

Short-term memory goes first, but problems will affect a person's Semantic memory first when it comes to long-term memory. These problems often begin several years before diagnosis. Loss of semantic memory often shows up as word-finding problems or naming things; you lose your nouns first.

The hippocampus is responsible for transitioning a short-term memory into a long-term one, and Alzheimer's disease slowly destroys this part of the brain. Destroying the hippocampus means your brain cannot form new long-term memories.

✔️ More Resources You Can Check About Memory And Alzheimer's Disease

The Four Types of Long-Term Memory 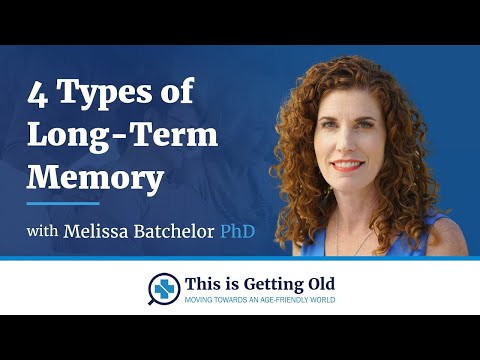 We've all lost keys, forgotten contact details, or missed someone's name. When you're young, you don't give these lapses much thought, but you could b...