SOURCE: ASSOCIATED PRESS
RESTRICTION SUMMARY:
LENGTH: 2:40
ASSOCIATED PRESS
Omdurman, Sudan - 27 September 2022
1. Exterior of morgue of Omdurman Teaching Hospital
2. Sign, reading (Arabic) "Forensics Department, Omdurman Teaching Hospital Morgue"
3. Various of interior of morgue
4. Exterior of morgue
Khartoum, Sudan - 26 September 2022
5. Wide of press conference held by the medical committee handling the issue of unidentified bodies
6. SOUNDBITE (Arabic) Mahjoub Babaker, forensic medicine and toxicology consultant:
"The main market in that area is located near the morgue. We are concerned that from this morgue, a plague could break out and spread among the residents of Mayo district."
7. Medical committee members during conference
8. SOUNDBITE (Arabic) Khaled Mohamed Khaled, forensic dentistry consultant:
"The autopsy process had been scheduled to start on Sunday, September 25, 2022, but the advisory council (for forensic medicine at the Sudanese Ministry of Health) issued an announcement yesterday morning to halt the autopsy process until more discussions are made with the families of the missing or their representatives. And this will take a certain period of time."
Khartoum, Sudan - 27 September 2022
9. Traffic in Khartoum
10. People walking
11. SOUNDBITE (Arabic) Mohamed Hussein, Khartoum resident:
"In my opinion, a dead human being should be buried. The martyrs are dear to us. We could have taken measures but to keep them this way... I would say that the priority is to bury them. I prefer burying the bodies."
12. Khartoum street
13. SOUNDBITE (Arabic) Othman al-Bareer, Khartoum resident:
"I think the bodies should undergo an autopsy first before being buried, so the reason behind their death is identified. All legal procedures should be done before they are buried. After that, they can be buried as there is no place for them and the morgues are packed."
14. Traffic in street
LEADIN:
Hundreds of unidentified bodies stored in an improper way at morgues across Sudan could lead to an outbreak of disease, medical officials have warned.
Pro-democracy protesters are believed to be among the deceased, leading some people to accuse the government of covering up the causes of death.
STORYLINE:
Sudanese medical officials warned on Monday that more than 1,500 unidentified bodies piled up in several of the country's morgues could lead to an outbreak of disease, amid accusations the government is covering up their causes of death.
Among the deceased are believed to be pro-democracy protesters, who activists say were killed by government forces in their crackdown on demonstrations.
They believe the failure to conduct proper autopsies is an attempt to conceal evidence of those killings.
Mahjoub Babaker, a forensic medicine and toxicology consultant for the country’s autopsy body, expressed concerns because of the proximity of one of the morgues to a market.
At a press conference Monday, he and three other officials argued against the need to carry out independent autopsies, saying instead that there should be a mass burial of the bodies for public safety reasons.
They announced a postponement of any autopsies in order to discuss matters with the deceased individuals' families.
Reports of the backlog of bodies awaiting autopsy first emerged in May, with news videos released earlier this month showing piles of corpses kept in a building that appeared to have no refrigeration.
Then, the country's top public prosecutor authorized the mass burial of the bodies last month without an autopsy.
Clients are reminded: 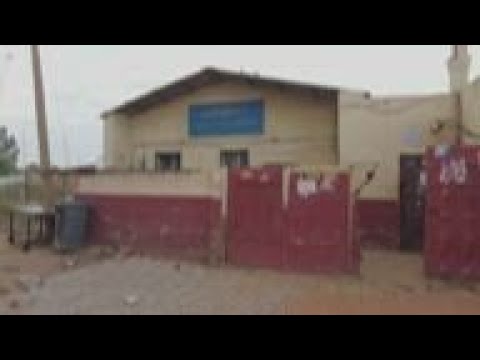