video contain :-
in this video you know the parts of lower respiratory system and their disease .
Trachea:-
wind pipe is about 10 to 11 long tube extended from larynx to 5th thoracic vertebrae where it divide into two branches bronchi
wall consist outer 16 to 20 incomplete ring of hyaline cartilage and fibrous tissue, middle smooth muscle and inner mucous membrane.
Trachea divide into left and right bronchi which enter in lungs

Lungs
Two lungs cone shaped lies in thoracic cavity one on e both side
rt lung has 3 lobe and lt has 2 lobe
lungs covered with pleura , a serous membrane
after entering in lungs the bronchi further divided into secondary bronchus, bronchioles, terminal bronchioles, respiratory bronchioles, alveolar duct and finally in alveoli.
alveoli surrounded by blood capillaries where exchanges of the gases take place
the main function of lungs is breathing in which air entered lung and expel out
respiration rate is 12 to 16 per minute in adult and has 3 phase
- inspiration
- pause
- Expiration
exchange of gases in alveoli through simple diffusion 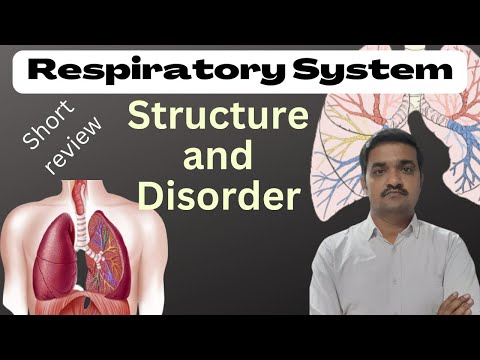