Huntington disease is an inherited, neurodegenerative disorder that usually begins to be symptomatic starting at around 40 years of age. Persons with Huntington disease suffer from a progressive movement disorder, cognitive decline, psychiatric disturbances, and behavioral symptoms. All symptoms progress which eventually leads to immobility, dementia, and premature death.

As Dr. Dolmetsch explains, uniQure recently announced positive safety and biomarker data from 10 patients enrolled in the low-dose cohort of the ongoing phase 1/2 clinical trial of AMT-130, the first-ever AAV gene therapy for Huntington’s disease. Of the 10 patients enrolled in the low-dose cohort, six of them received AMT-130 while the remaining four received an imitation surgery.

The 12-month follow-up data found AMT-130 was generally well-tolerated in treated patients at the lower dose of 6x1012 vector genomes. No serious adverse events related to AMT-130 were reported in these patients. Two serious adverse events unrelated to AMT-130 occurred: a deep-vein thrombosis in the elbow in one patient that resolved with anticoagulants and transient post-operative delirium in a second patient that was resolved through supportive care. No adverse drug reactions or serious unexpected adverse reactions were reported. sMRI did not reveal any clinically meaningful safety findings in treated patients at one year of follow-up.

As for biomarker data, the 12-month follow-up data found measurements of CSF NfL, a key biomarker of neuronal damage, increased as expected following the AMT-130 surgical procedure and approached baseline at 12 months. Two of the six treated patients were at or below baseline at 12 months with another patient below baseline at 15 and 18 months. In the six treated patients, the increase in mean CSF NfL peaked 1 month after the surgical procedure. Thereafter, mean CSF NfL declined and at 12 months showed an 8% increase compared to baseline (range: 46% increase to 14% decrease). In the four control patients, mean CSF NfL remained stable or slightly declined over 12 months (range: 1% increase to 35% decrease).

To learn more about Huntington disease and other rare neurological disorders, visit www.checkrare.com/diseases/neurology 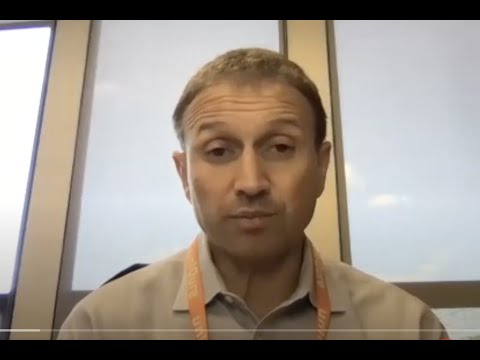 Ricardo Dolmetsch, PhD, President of Research and Development at uniQure, discusses positive data from the low-dose cohort of the ongoing phase 1/2 cl...