admin
Please join us on Thursday, October 28, 2021 from 12 pm to 1 pm for a special event exploring all aspects of Parkinson’s disease - from research, to diagnosis, treatment options, and support services. We will be joined by experts from the Muhammad Ali Parkinson’s Center in Phoenix Arizona, the Parkinson’s Association of West Michigan, and Van Andel Institute.

This event is part of a grant-funded project in connection with the Ken Burns PBS documentary, Muhammad Ali, which chronicles the life of one of the greatest athletes of our time exploring his courage as an activist, and his battles in and out of the ring – including with Parkinson’s disease.

Muhammad Ali brings to life one of the best-known and most indelible figures of the 20th Century, a three-time heavyweight boxing champion who captivated millions of fans with his mesmerizing combination of speed, grace, and power in the ring, and charm and playful boasting outside of it. Ali insisted on being himself unconditionally and became a global icon and inspiration to people everywhere. 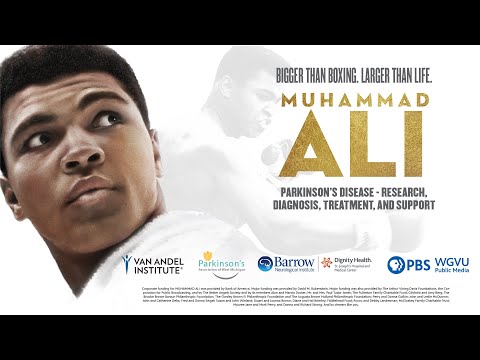 Please join us on Thursday, October 28, 2021 from 12 pm to 1 pm for a special event exploring all aspects of Parkinson’s disease - from research, to d...