Over 27,000 New Believers Join the Adventist Church in Mexico; and other world news

In Indonesia, the importance of digital evangelism was reinforced during the Communication Summit. Coming from different islands, around 100 communication leaders flew to Bali, Indonesia, to participate in the Bi Union Communication Summit and Adventist World Radio Media Training. Leaders worldwide joined Williams Costa Jr., Communication Director of the General Conference of Seventh-day Adventists, in commitment to use technology in carrying out the mission to proclaim God’s Word to the world.

Brazilian Journalist Camila Marques has a personal encounter with the project "Life for Lives." A few years ago, she reported on the project "Vida por Vidas" (Life for Lives) for her TV network. Recently, her family benefited from the very thing she had reported on– the importance of donating blood. The journalist declared: "For me, the project made all the difference because, when I was in need, people reached out and helped to save my father's life." In 2021, about 127 thousand volunteers in South America went to a collection point to make their donations, encouraged by "Vida por Vidas" ("Life for Lives").

Hope Channel’s Heroes Game is featured at the Museum of the Bible in Washington, D.C. This interactive Bible trivia game has now been exhibited in one of the most prestigious museum four times and is becoming a weekly exhibit. This game features the stories of some of the most memorable Bible heroes and encourages players from every age to dig deeper into God’s Word.

The Communication Department of the Seventh-day Adventist Church reached record-breaking stats during the 61st General Conference Session across their social media platforms. The communication taskforce which operated around the world made this year’s session accessible, engaging, and transparent for for all the church members who attended on site as well as online. One major factor that aided in this year's communication success involved the translation of all media content. For the first time, content was created and posted on all major social media platforms and the ANN website in the following four languages: English, Spanish, French, and Portuguese.

Over 27,000 New Believers Join the Adventist Church in Mexico; and other world news 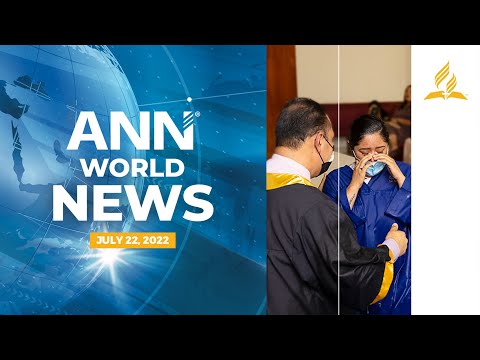