Sunil Jakhar, senior Congress leader and former chief of its Punjab unit, has joined rival BJP days after quitting the grand old party. Mr Jakhar is in Delhi and has already met BJP chief JP Nadda.
Expressing sorrow over breaking ties with Congress, which he called "family", he said he was sidelined because he pointed out that the party can't treat Punjab in percentages and divide people over caste. "You can remove Sunil Jakhar from a party post but can't silence him," he said while on stage with Mr Nadda.
"I had a 50-year-old relationship with congress, my family has been with the party for three generations since 1972. I considered it family," he said, claiming that he quit Congress, not because of any personal dispute, but "fundamental issues" with the party.

Subscribe to India Today for NEW VIDEOS EVERY DAY and make sure to enable Push Notifications so you'll never miss a new video.

All you need to do is PRESS THE BELL ICON next to the Subscribe button!

Stay tuned for latest updates and in-depth analysis of news from India and around the world! 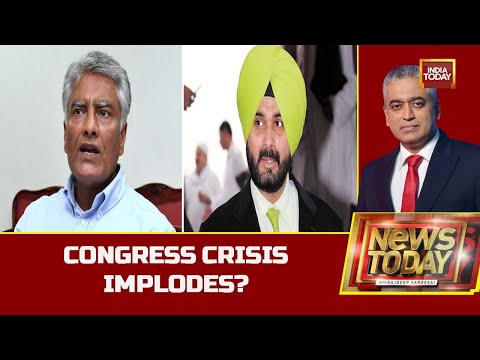