Jackson, 51, would also be just the third African American in the high court’s 233-year history. A former public defender, she served as a trial court judge in Washington for eight years before Biden elevated her last year to the influential U.S. Court of Appeals for the D.C. Circuit. She was confirmed to that court after a relatively uncontentious Senate hearing and with the backing of three Republican lawmakers. 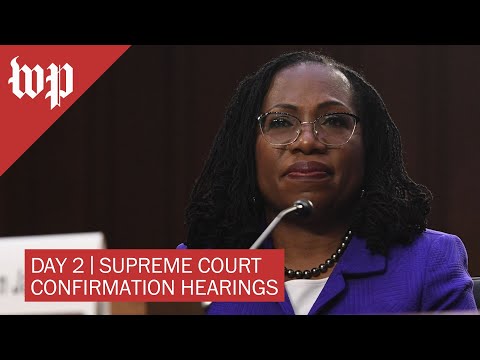 Judge Ketanji Brown Jackson, President Biden’s pick for the Supreme Court, appears before the Senate Judiciary Committee. If confirmed, she would repl...