admin
It is as though the NSW Workers Compensation Scheme is lost in a time warp. Lost in past centuries where we didn't have the technology, skills or social will to care for the most vulnerable.

With the upcoming NSW Parliamentary Inquiry into Psychological Claims we must consider this:

How is it that so many injured workers have secondary psychological injuries from this system and why then with this trauma on top of trauma is not an annual medical checkup mandatory as part of medical care? Why? Does not long term health figure in any prognosis?

The body is a series of complex systems. Science tells us that and each interacts with the other. So the notion that an injury is not related to other breakdowns in the body is far too often false, particularly with such extended delays in treatment.

The very first Secretary General of the World Health Organisation (WHO), George Brock Chisholm who was a psychiatrist actually said all the way back in the 1960's that very famous statement: 'There is no health without mental health'

He was also responsible for the Universal Definition of Health:
He defined health for the WHO as "a state of complete physical, mental, and social well-being and not merely the absence of disease or infirmity." The WHO charter also established that health is a fundamental human right and that "the health of all peoples is fundamental to the attainment of peace and security.

Why am I saying this? The Injured Workers Network continues to hear of people whose entire lives have collapsed as a result of the injury and NOT getting the care they require when they require with severe long term health consequences. Ongoing psychological distress should not be this high in a population segment resultant from the very system that is meant to care for them.

Medical care should never be delayed because of an 'insurance' doctor shopping debate. Why? At the other end of that debate is human life.....
No amount of 'compensation' will ever make up for this.

This 'experimentation' on injured humans in NSW must stop

What is Neglect?
In the context of medical care, neglect is a form of abuse where the perpetrator, who is responsible for caring for someone who is unable to care for themselves, fails to do so. It can be a result of carelessness, indifference, or unwillingness and abuse.

Neglect may include the failure to provide sufficient supervision, nourishment, or medical care, or the failure to fulfill other needs for which the victim cannot provide themselves. The term is also applied when necessary care is withheld by those responsible for providing it.
Neglect can carry on in a person's life falling into many long-term side effects, including physical injuries, trauma, low self-esteem, violent behaviour, and death. 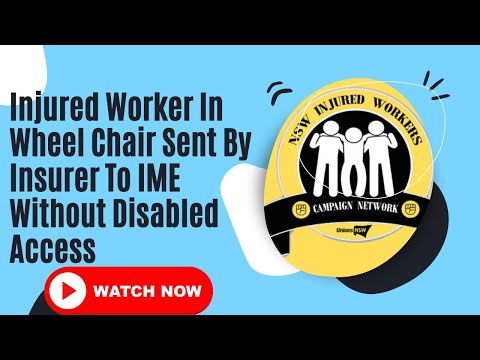 It is as though the NSW Workers Compensation Scheme is lost in a time warp. Lost in past centuries where we didn't have the technology, skills or soci...