Bayezid kicks Selim's door down with his army. Selim faces with Bayezid although Nurbanu wants to run away. Hürrem witnesses her sons' fight and falls ill. Sümbül hides that Hürrem is ill from the princes. However, a person finds out the secret that everything about princes' fight turns upside down. Bayezid gets horrendously deceived. Selim spits venom to Nurbanu who has given the order that his brother will be killed. Hürrem wants Selim to kill Nurbanu. Selim punishes Nurbanu dashingly. Mihrimah sees Pedro behind Rüstem's back and falls in forbidden love. Rüstem realizes this and raises the hell. Sultana Hürrem, who has challenged to the world, faces the fact that she will die. While Suleiman looks forward to coming together with Hürrem, his whole world comes crashing down around him because of the news he receives.

At the age of 26, when he ascended to the throne, Sultan Suleiman aimed to build an empire more powerful than Alexander the Great and to render the Ottomans invincible. Throughout his 46-year reign, he became the greatest warrior and ruler of both East and West.

The young Suleiman received news of his succession to the throne during a hunting party in 1520. Unaware that he would be ruling a reign beyond his dreams, he left behind his wife son and took to the road with his close friend and companion Pargali Ibrahim to reach the Topkapi Palace in Istanbul. As they started their journey overland, an Ottoman ship set sail from Crimea in the Black Sea, bringing female slaves as gifts for the Ottoman palace… On this ship was Alexandra La Rossa, the daughter of a Ukrainian Orthodox minister, taken away from her family and sold to the Crimean palace. She had no idea that she would become Hurrem, wife of Sultan Suleiman and mother of princes, ruling the empire with him through bloodshed and intrigue.

As Sultan Suleiman conquered the world, his great passion for Hurrem would clash with his love for and trust in his closest friend and advisor, Grand Vizier Pargali Ibrahim, all set against the backdrop of the tension between Christian Europe and the Ottoman Empire in the 16th century. 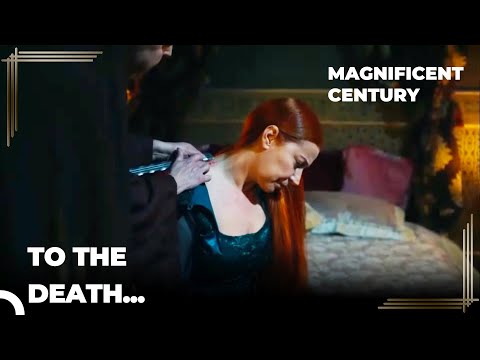