admin
Leading up to the recent Tokyo Olympics. athletes Annet Negesa of Uganda and Maximila Imali of Kenya both had their Olympic dreams crushed because of rules set by the track and field global governing body, World Athletics. They are just two—of many—elite women athletes who have been told their natural testosterone levels, if not lowered through medication or surgery, disqualify them from competition at the highest levels of sport.

Join us for an in-depth conversation about intersex biology and the history of sex testing in women’s athletics ahead of the Tokyo Olympics.

In February 2021, Eliza Anyangwe became the editor of As Equals, CNN’s ongoing gender inequality project. She began her career working for nongovernmental organizations Action Against Hunger and then the Pesticide Action Network, where she was Organic Cotton Officer, but has spent more than a decade in media, working for The Guardian, The Bureau of Investigative Journalism, and most recently The Correspondent, where she was managing editor. The Guardian Opinion series she commissioned and wrote for, a "Week in Africa," was longlisted for a One World Media award.

In 2016, Eliza founded The Nzinga Effect, a media project focused on telling the stories of African and Afro-descendant women, and delivered that work through partnerships with organizations such as The Serpentine Galleries and The British Council. In 2018 she was awarded a development reporting grant by the European Journalism Centre to tell stories about the African women breaking taboos and carving out space to talk about sex and sexuality.

Eliza has written for The Independent, Financial Times, Al Jazeera and Open Democracy; has appeared on broadcast programs, including "Newsnight," "BBC World Service," PRI’s "The World," and the podcast "Our Body Politic"; and has spoken at events, among them SXSW, D&AD Festival, The Google News Initiative Summit, the International Journalism Festival, Africa Utopia, The Web We Want Festival and the Next Einstein Forum. Eliza is a contributing author to Africa’s Media Image in the 21st Century, published by Routledge. 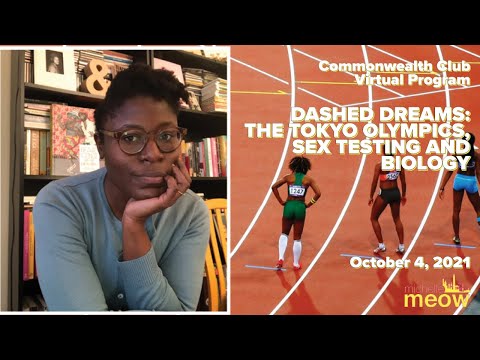 Leading up to the recent Tokyo Olympics. athletes Annet Negesa of Uganda and Maximila Imali of Kenya both had their Olympic dreams crushed because of ...